What is the Secret of College Basketball Popularity in the US? 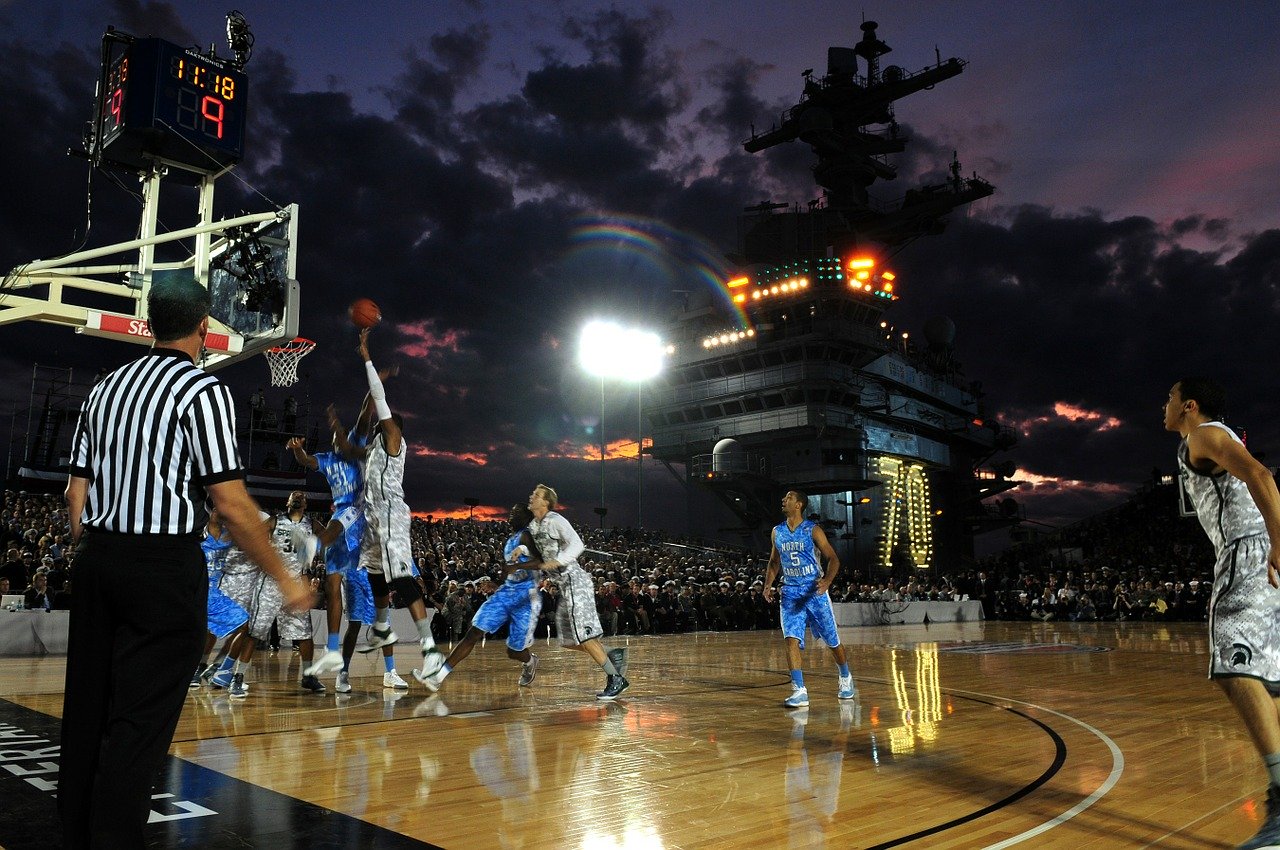 It all comes down to one game… Maybe one shot… Perhaps a buzzer-beater to determine the future winner of the basketball championship.

The stars are aligned and various celebrities are in attendance. Each one of them supporting their own team and proudly wearing their colors.

People who didn’t make it to the arena are sitting patiently at home in front of their TVs with only one goal on their mind… Winning the NCAA tournament.

Sorry if you thought we were talking about Game 7 of the NBA finals. That is an entirely different affair. Today we are here to talk about March Madness and the surprising popularity of college basketball in the US.

What is March Madness?

For all of you who are uninformed, March Madness is the nickname for the NCAA Division 1 basketball tournament in the United States.

It pits 32 teams against each other in a tournament-like format where each college needs to win one game in order to advance. There are no game series like in the NBA or other popular American sports. One game determines the winner and it grants you the opportunity to advance to the next stage until you reach the finals.

The 32 teams involved are actually all 32 Davison 1 conference champions.

Why is College Basketball so Attractive?

Actually there are many reasons for the appeal of college basketball. Sometimes, it is much more refreshing to watch a tournament where you can’t afford any slipups. Losing a game means ending your season, and nobody wants that. So the level of competition is a lot higher.

Unpredictability is another reason. Since the level of competition is a lot higher and everyone wants to win, it releases the best out of some athletes. The path to victory is not clear for the favorites. So there are a lot of surprises occurring each year at March Madness and the strongest colleges with the most popular stars don’t always win.

Some of the favorite pastimes of many people are predicting the bracket. Before the start of each tournament and after announcing the participants of the first stage, people in the US try to guess the bracket by predicting the winners of individual games and who advances and eventually wins the trophy. It is really hard to guess the winner and let alone the correct combination due to so many underdogs shining brighter than the stars.

College basketball is a hotbed for young talent who eventually go on to the NBA. Previous college stars who won the tournament include the likes of Carmelo Anthony with Syracuse, Carlos Boozer and Grant Hill with Duke, and Richard Hamilton with Connecticut who all went on to have long and prosperous careers in the NBA.

However, there are some who haven’t won the tournament but still showed high potential in the NBA like Anthony Davis and Karl-Anthony Towns who have recently been joined by the likes of Zion Williamson, RJ Barrett, and Ja Morant who are showing incredible promise even as rookies.