The Most Common Health and Injury Risks Among Young Football Players 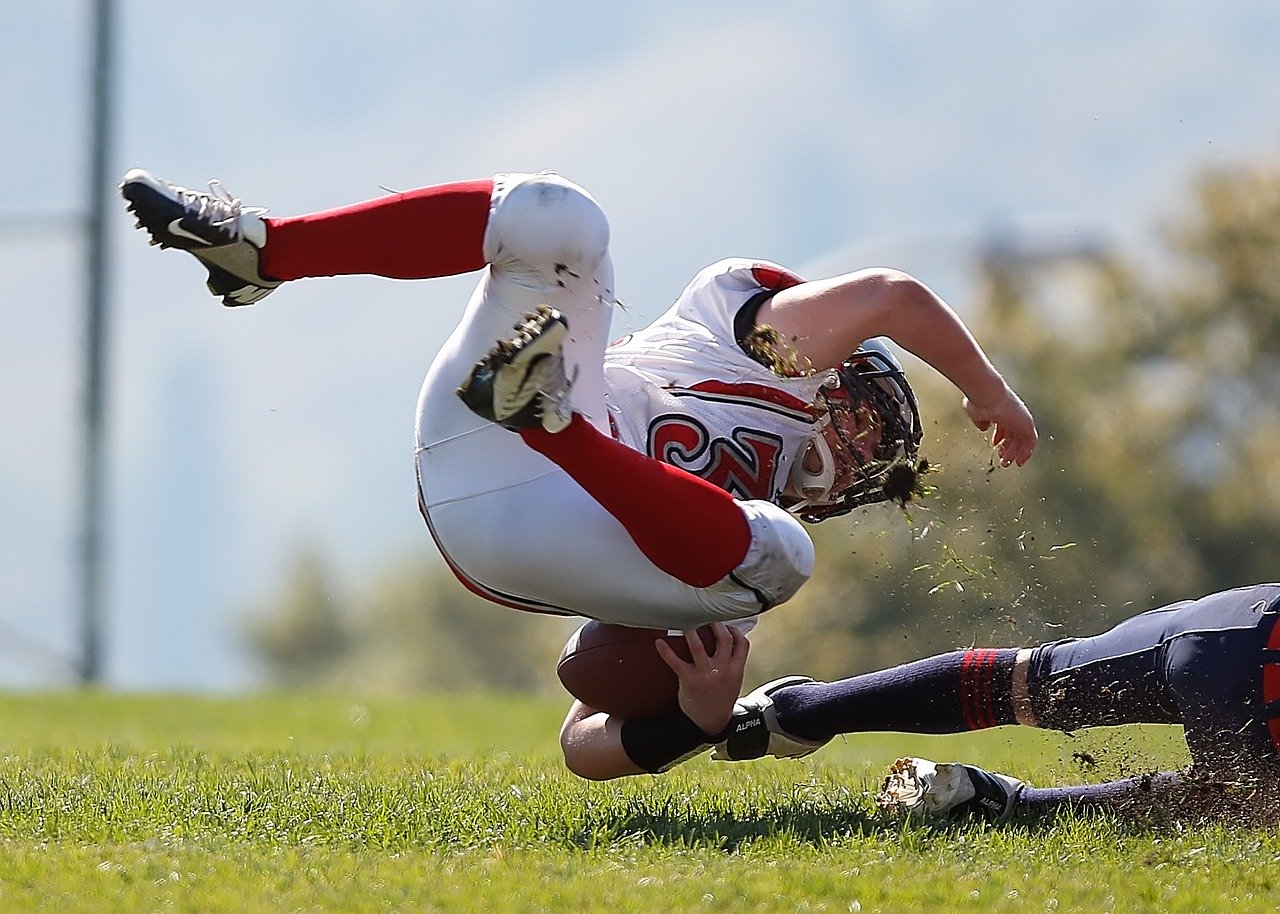 We usually consider sports to be a healthy life choice. Professional athletes these days take care of their bodies better than ever before, thanks to meticulous training programs and strict nutrition routines.

Nevertheless, pro sports are often pushing their star players to the limits, which is especially the case with heavy contact sports such as football. NFL is played with high intensity and, although the protective gear is there to make things safer, the risk of injury and injury-related health problems is still relatively high.

There are many reports and studies done on former NFL players, saying that as much as 12% of retired pros end up with serious mental issues like impaired cognitive abilities and learning and thinking issues.

So, what are the risks for young football players, and what can they do to protect themselves from serious health problems in the future?

Concussions among players in the NFL are happening with alarming frequency in the last several years. A 24-year-old Joshua Perry ended his career early after spending only two years in the league, the reason being that he suffered six concussions in that period. A.J. Tarpley retired for the same reason, and he was even one year younger than Perry at the time of his retirement.

Even the players who are in their physical prime are struggling to keep up with the intensity of the sport. If things don’t change, we can only expect to see more early retirements in the future.

Although NFL injuries make up for most of the headlines, health risks and concerns arise even before young players make it to pro leagues. College and high school football injuries affect hundreds of players every season, and the numbers are getting higher with each passing year.

In some instances, players needed to be hospitalized right after a helmet-on-helmet collision, the worst cases being internal bleeding and spinal damage. These sorts of injuries can sideline a player for months or even years and, in some cases, end a player’s career. The worst case in recent history was when Dylan Thomas, a 16-year-old player of Georgia Pike County Pirates, received a traumatic brain injury resulting from a collision and died from a cardiac arrest soon after.

Of course, concussions are only one part of the story. There has also been an increase in fractures, broken bones, broken necks, and torn ligaments.

There were even some petitions to ban tackle football for kids who are 14 and younger, which is something that a lot of parents agreed upon. Head-related injuries can be especially damaging for young individuals whose brain is still developing.

How to Make Football Safer for Young Players?

The biggest step in improving athletes’ health and protecting them from devastating injuries is to invest in protective gear and make it safer. There should also be more medical professionals at the games that can intervene on time and stop later complications.

However, the most important step is changing the rules and maybe coming up with new tackling restrictions. Also, the age restriction and banning tackle football for kids under a certain age is something that everybody should be on board with.